The Irish Archives Resource (IAR) illustrates how the Guinness family were closely connected to people’s lives throughout Ireland. Apart from the extensive records of the ‘Company’ and the ‘Brewery’ in the Guinness Archive, many other collections on the IAR website relate to members of the family. These make it possible to identify patterns of intermarriage, the integral links between Guinness and businesses throughout the country, and widespread property ownership by the family.

The Guinness family of Dublin often married into other prominent families such as the Darleys of Dublin and Co Down. The Bantry Estate Collection relates to the country estate in West Cork and to personal records of its owners. The Whites of Bantry were connected through marriage to the Guinness family. In 1871, Olivia White married Sir Arthur Edward Guinness, 1st Baron Ardilaun. He was great-grandson of the founder of the Guinness brewery. Elsewhere in the IAR, we learn from the Society of the Sacred Heart, Irish-Scottish Province, that The Society purchased 18 Lower Leeson Street from Ardilaun.

First built by the Burke family in the early thirteenth century, Ashford Castle was purchased by Sir Benjamin Lee Guinness who appointed William Burke of Lisloughrey his land agent in 1858. Both were closely acquainted being related by marriage. The Papers of the Burkes of Ballydugan (1707-1970) at Galway County Council Archives reveal the support that the Guinness and Burke families gave one another in their legal transactions. In 1867, for instance, a new trustee was appointed to the Revd Michael Burke’s Trust. Revd Burke, eldest son of William Malachi Burke of Ballydugan, Co Galway, ministered in Co Fermanagh. First among the attesting witnesses were Dr Benjamin Grattan Guinness MD, of 24 Lower Fitzwilliam Street, Dublin, and John Burke, Merchant of 58 Middle Abbey Street, Dublin. Benjamin Grattan Guinness was born in 1829 and educated at Trinity College, Dublin. John Burke bottled and exported Guinness to the lucrative American market.

In the nineteenth century, J.W. Sweetman was Guinness’ main rival in Dublin. Records relating to both companies are found at the Irish Archives Resource. These result from development-led excavations and are preserved at the Dublin City Archaeological Archive. Baron Ardilaun’s younger brother was Edward Cecil Guinness, Lord Iveagh, who became Guinness chairman. In the 1890s, Guinness acquired the site of Sweetman’s Brewery in Dublin’s Liberties to build the redbrick Iveagh Markets. Sweetman’s had occupied the site since 1791. It was located between the medieval Fair Green to the north and the abbey of St Francis to the south. Artefacts unearthed at the site by Margaret Gowen and Co Ltd include pottery dating to the last quarter of the 12th century.

In 1977, Guinness launched their iconic television commercial ‘Island’ which is widely believed to have been set on the Aran Islands. From the mid-18th century, the Digby family held the Aran Islands estate. In 1881, one of Thomas Kenelm Digby’s daughters, Lady Henrietta Eliza St Lawrence married Captain Benjamin Guinness, brother of Baron Ardilaun. According to papers held at the James Hardiman Library, University of Galway, Ardilaun part-owned the Aran Islands and by March 1916 negotiated their sale to the Congested Districts’ Board for division among the islanders.

In addition, Guinness often acquired business property, such as the Union Quay premises of Dowdall O’Mahony & Co Ltd, butter merchants in Cork. Records relating to Bennetts of Ballinacurra, Co Cork, are also preserved at Cork City and County Archives. As part of the Guinness network, Bennetts grew and malted barley for the brewer from 1836 onwards. Guinness contributed to the expansion of Bennett’s business operations and, in 1951, became the majority shareholder.

Further material on topic is to be found at the Irish Film Archive and at the Glucksman Library, University of Limerick. The Tiernan MacBride Document Collection relates to the son of politician Sean MacBride and grandson of revolutionary Maude Gonne MacBride. Among many advertising campaigns in his career, Tiernan MacBride completed work for Guinness. In part, the Frances Condell Papers relate to her appointment as public relations officer for Guinness Ireland. Together, all these collections represent a valuable source for the social and economic history of Ireland, especially from the nineteenth to the twentieth century. 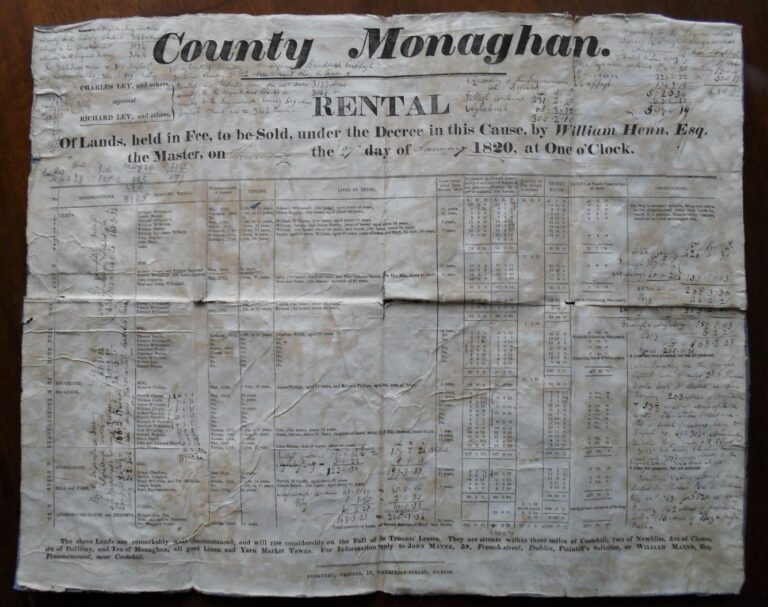 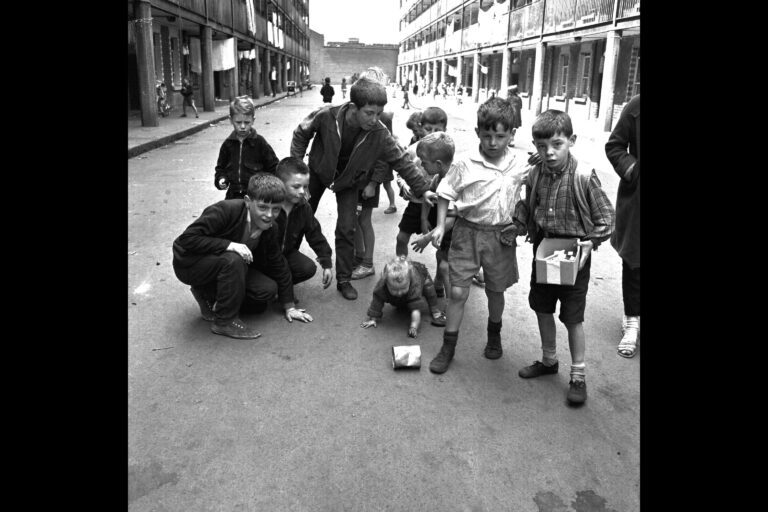 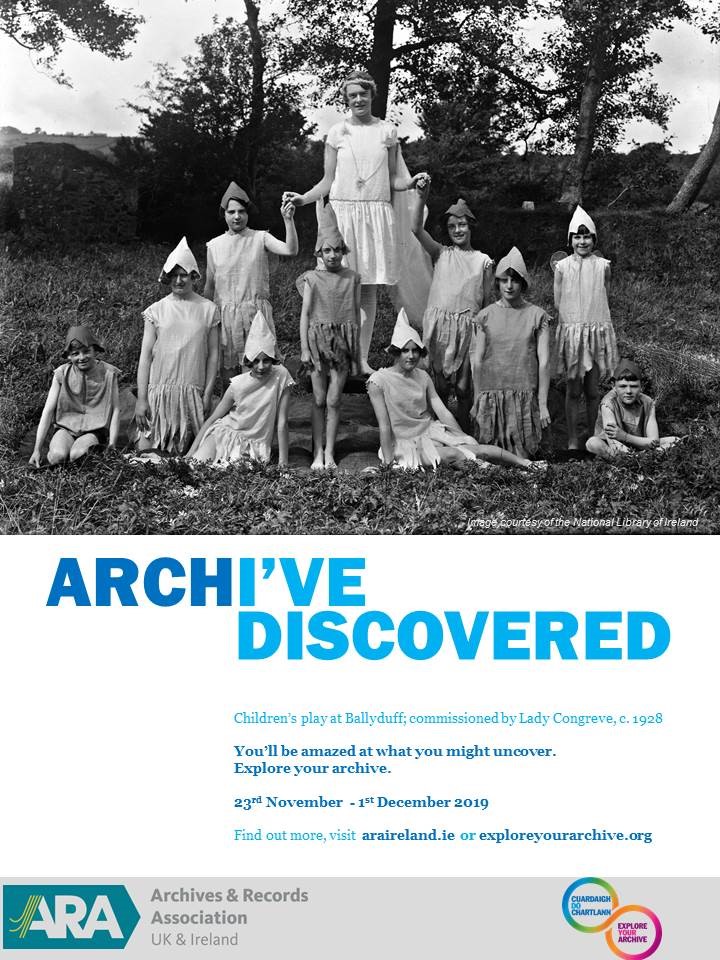 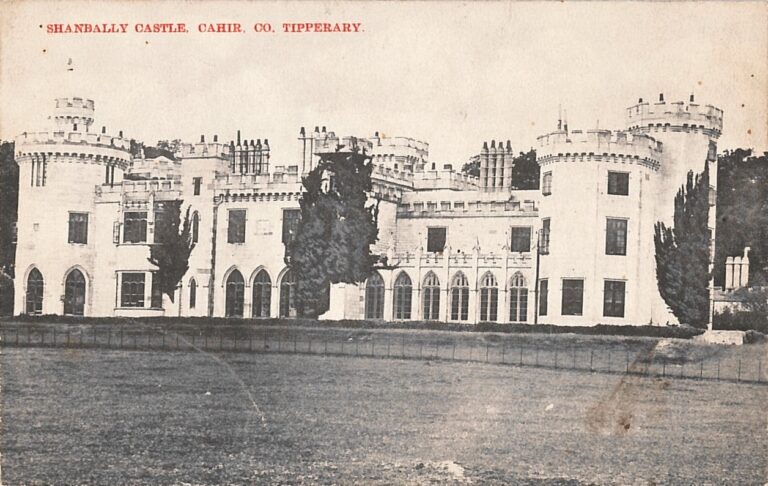